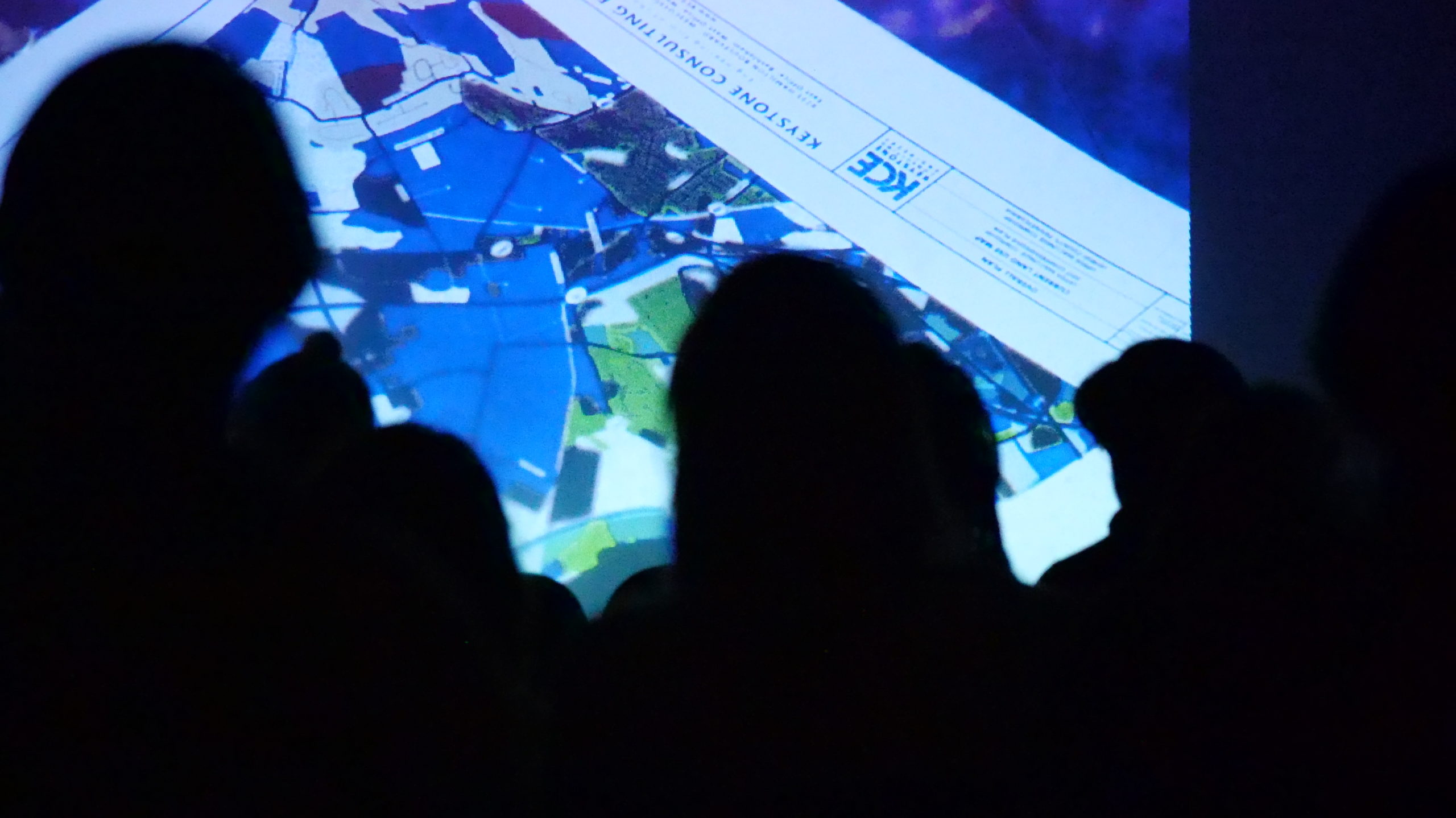 Twenty-three students from three campuses of Lehigh University, Muhlenberg College and Lafayette College completed DOC 150: Introduction to Storymaking in Fall 2019. The students worked on a range of short assignments such as self-interviews, sound assignments, partner interviews and a final group project which culminated in a screening at the Alternative Gallery in Allentown on Thursday, December 8th. The students shot, produced, directed and edited five documentary films in collaboration with community members. After the screening, there was a discussion with a community facilitator who led an informal conversation with audience members about issues raised in each film.

Students in their final reflection on the course spoke to the power of the assignments they completed and of documentary story making. One student reflected, “I can’t seem to get the self-interview project out of my head…. (i)t taught me both about filmmaking and the power it has on individuals, along with the personal realization that being vulnerable can be extremely helpful to the creative process and actually produce solid work. About the group projects a student noted, “I am unable to quantify the amount of lessons I learned being able to work on this production, from keeping in close and personal contact with our local social actors…(i)t was a really difficult process due to having to juggle many different roles, but one that taught me so much about the vast importance of our dedication to the truth, the reality of experience, and the hard work that must be put into the development of any project…..I am also so thankful for this course for teaching me so much more about how that relationship can and should look like, with the principles of inclusivity and equity omnipresent and uncompromising, with consent and mutual understanding a necessity, and with the wants/needs of the social actors being respected at all times.” Another student spoke to the relevance of documentary storymaking with other majors, “I had the realization that this project combined my two majors pretty perfectly. In anthropology/sociology, we often talk about the subaltern, and how history tends to not privilege their voices. We also often discuss the ways in which policymaking affects lives, and of acts of resistance, and community-building. It brought me solace to think that this documentary did all of those things. We engaged with community-members, assessed the effects of policymaking on the lives of the residents of the Lehigh Valley, and explored acts of resistance, whether they be organizing a neighborhood group, to writing editorials, to putting up a sign on your front lawn. We shed light on an otherwise understudied issue.”

The students in valuable collaboration with community members across the Lehigh Valley made meaningful, cinematic work with deep attention to location, ethical engagement and the framing of stories that often go unnoticed, yet are snapshots of the intricate moving parts in the Valley.