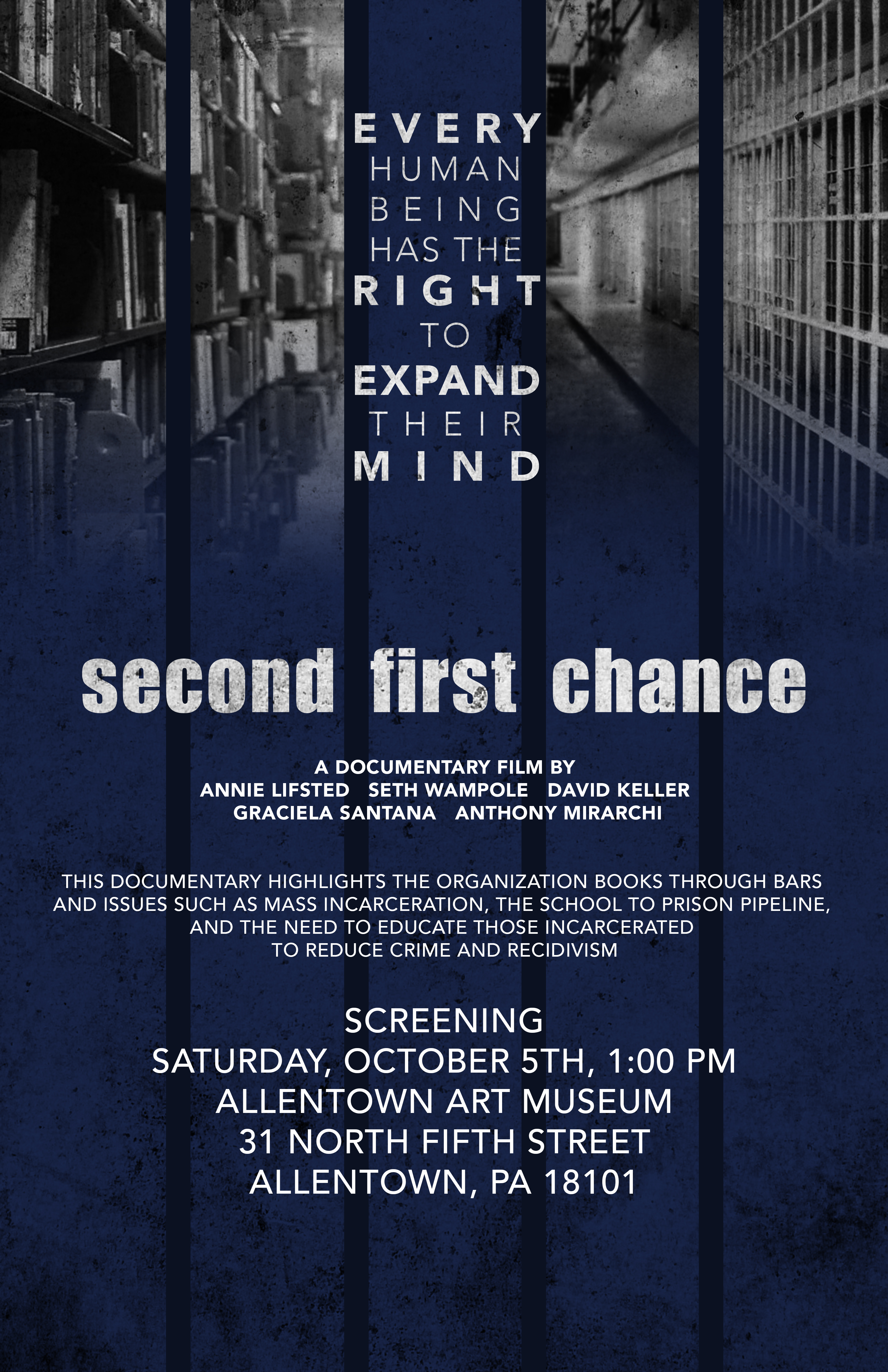 On October 5, Allentown filmmaker Gracie Santana screened the film, Second First Chance. The film was researched, shot, and edited by Gracie and four classmates in a course on at Temple University. The event, conceptualized and organized by Jenna Azar, meaningfully highlighted Gracie’s work as a young filmmaker who has been connecting documentary work with critical community dialogues since she was a high school youth media maker at HYPE. A recent graduate of Temple University’s film and media arts program, Gracie’s film profiles the organization “Books Through Bars,” which provides books to incarcerated people, in the context of wider issues around mass incarceration, the school-to prison-pipeline, systemic racism, and related forms of injustice. The film highlights the positive effects of education on prison reform and the criminal justice system, and champions those individuals and organizations struggling to change the narrative around mass incarceration.  Second First Chance recently placed second in Best Documentary category at the 2019 Delco Film Festival.

Introducing Gracie prior to the film, Jenna Azar noted Gracie’s enduring interest in and deep capacity for exploring documentary film as a resource for amplifying often unheard or silenced voices in critical conversations. After the film, in the presence of family, friends, community members, former teachers and supporters, Gracie spoke eloquently and emotionally about the personal meanings the film holds for her, as well as the social convictions that shape her continued work in documentary filmmaking. The Q&A also provided space for attendees and participants to share personal experiences and knowledge, as well as widespread interest in doing more to support work that engages with local community efforts to improve educational opportunities for incarcerated people and challenge the systems that create barriers to access.

The event was hosted by Documentary Storymaking with support from the Lehigh Valley Engaged Humanities Consortium and in partnership with the Allentown Art Museum.