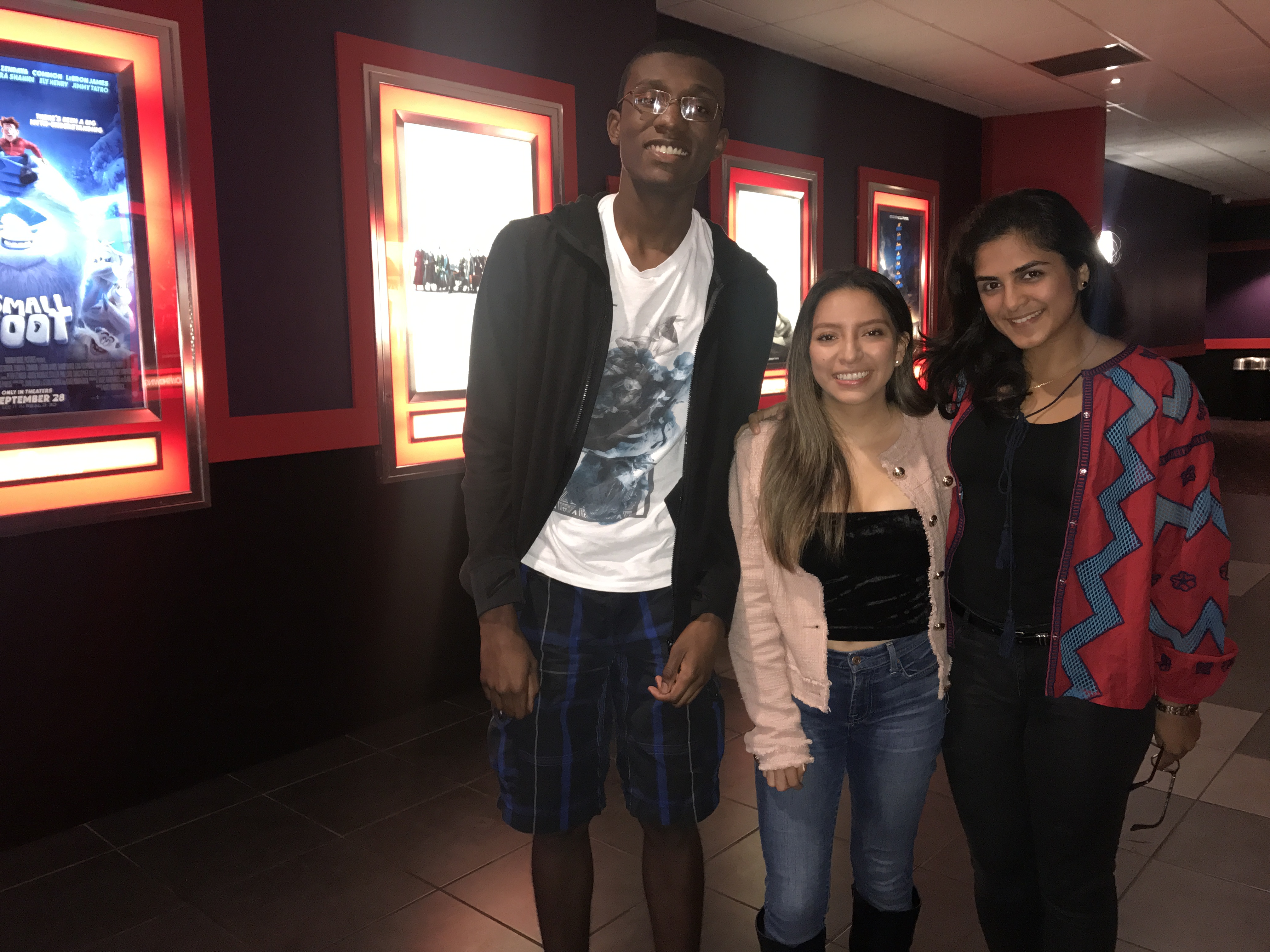 On Thursday, September 27, three Documentary Storymaking students traveled to Williamsport, PA, to screen their film, “Not Like You,” at the Lycoming College Student Film Festival.  Shreya Nebhwani (Lafayette College), Andrea Bonilla, and Yannick Gbadouwey (Lehigh University) submitted their film to the annual competition, which was selected as one of fifteen films screened at the AMC Classic Williamsport 11 cinema.  The festival received more than 60 student film submissions from across Pennsylvania, produced during the 2017-18 academic year.  “Not Like You” tells the stories of DACA students working towards a college degree while constantly fearing deportation. “Through this documentary, we hope to inform others of the struggle of their community members due to the current political climate. When these students apply to college, they realize all the challenges they are going to have to face such as not being able to apply for federal aid and their limited scholarship opportunities. We explore the different challenges that DACA students encounter such as studying abroad, familial responsibility, marriage, and social pressure. DACA students have been fighting this battle to secure a foreseeable future.”