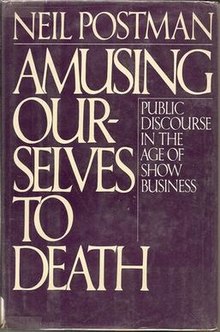 In an opinion piece published today in The Hill, Professor Jack Lule revisits a media studies classic, Amusing Ourselves To Death. The book, originally published in 1985 , midway through the Reagan presidency, provides insights to understanding the current crisis in journalism. With the election of a reality-TV star, Professor Lule “decided to return to the book with the expectation of finding smug satisfaction in Postman’s take-down of television and its consequences for social and political life.  Alongside the critique of television is an impassioned indictment of journalism and its complicity in not only the degradation of public discourse but our very conception of, and regard for, truth.”   Professor Lule is the Iacocca Professor and chairman of journalism and communication at Lehigh University and founding faculty of the Documentary Storymaking minor.